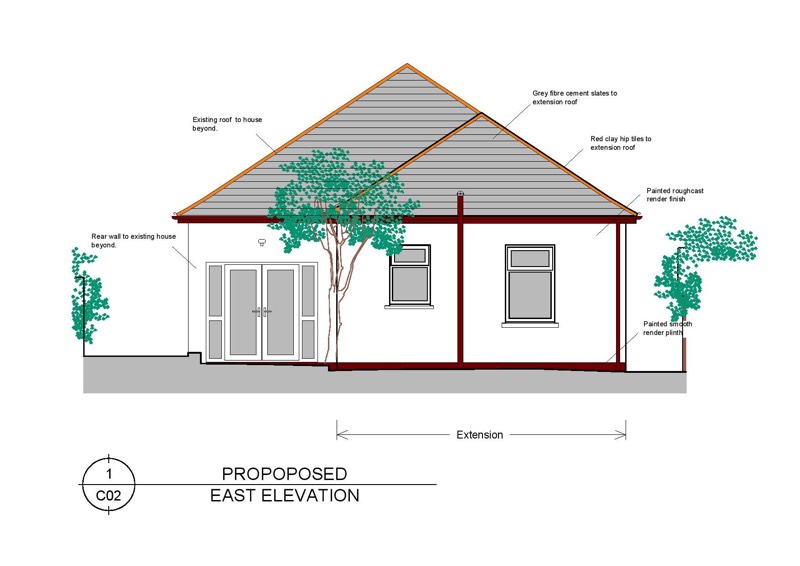 Peter and Emma and their three kids live in a charming 1930’s bungalow in Dundonald.

With the kids growing fast, however, they needed an extra bedroom plus alterations to re-size two existing bedrooms to provide three good sized single, children’s bedrooms.

Initially Peter and Emma had thought of a loft conversion. After advice from a builder and ourselves, however, this solution was discounted. (A loft conversion would have entailed major structural alterations and the installation of a space consuming staircase).

Luckily a large back garden provided ample space for a rear extension. The existing layout of the house also leant itself to easy alteration and extension.

The next decision that required careful thought was ‘Style’ and options included, modern/ contemporary or traditional. The size and position of a rear extension and the project budget suggested ‘traditional’ so Peter and Emma chose to extend in a style that matched the existing house.

This decision also allowed for estimation of the cost of the project from an early stage which gave Peter and Emma the confidence to proceed with the project.

The final design provides a compact extension (comprising a single bedroom, new bathroom and hot press) and alterations to the house (to provide two good sized single bedrooms and a shower room) which met the family’s immediate requirements. The final design will also allow for the addition of a conservatory /sunroom sometime in the future; Peter and Emma’s next project on the road to domestic bliss. 