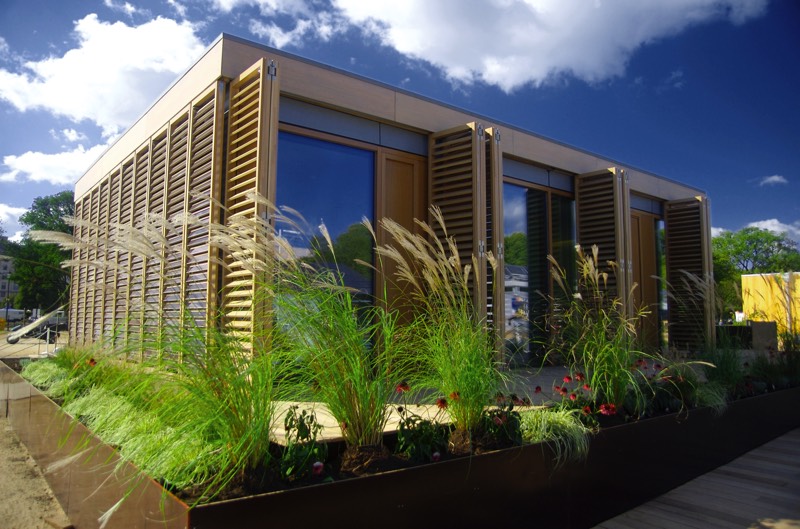 Northern Ireland architecture has evolved over the centuries through countless stages that have been labelled according to guidelines that are not entirely understood, even by those who establish them. A stretch of time during which the characteristics of buildings changed notably is now called the ‘Gothic period’ or any of the other ‘period’ names that have been devised. These periods all overlap to a certain extent.

By all reports, the latest architectural trend to take hold in Britain is inspired by the global concern with energy conservation, climate change, air and water pollution – the ecological period, you might say. There are a lot of valid reasons for architects to design energy-efficient buildings, both residential and commercial, and some good ones have been working hard on the concept. According to the design and architecture blog SpecifiedBy, the Passive House is the wave of the future.

The Passivhaus Institute (pioneered by Swedish and German visionaries Bo Adamnson and Wolfgang Feist) has made a name in international circles. The concept is a building that is phenomenally energy-efficient and almost airtight. It uses ‘passive’ energy drawn from people themselves, electrical equipment and solar power, and incidentally saves about 90% in heating costs.

In 2013 Passivhaus was awarded an honorary fellowship by the Royal Institute of British Architects, an award bestowed on individuals who have made a significant contribution to architecture. At the time there were a number of Passivhaus-certified builds in Britain; as of now there are many more, and the trend seems more and more towards this sort of uncommonly green construction.

‘Green’ is still an excellent term for ecological awareness and action, but it should not be accompanied by the notion that going green means less comfort; in fact the opposite is true in a Passive House. There are no rules as far as design is concerned; a passive house can look as old-fashioned as any log cabin or as futuristic as Zaha Hadid’s Aquatics Centre in London. It however must conform to the extent that it meets strict criteria for energy-saving construction and function.

For this reason, and for the obvious reasons of sustainability, the passive house concept looks like a long-term winner. Examples of Passivhaus approved architecture in England are easy to find if you look online or happen to live near the University of East Anglia’s ‘Norwich Research Park’, or in Norfolk near the single curved terraced housing complex in Ditchingham. These are just two of the trend-setters anyone interested in the future of architecture will want to explore.

In all the history of mankind, from cave dwellings through the many changes in building materials and technology that brought us to today’s cornucopia of styles, some things have never changed. Comfort is a prime objective, but ‘looking good’ and ‘status in the neighbourhood’ are also powerful incentives for just about every homeowner.

The best argument for passive houses is that they really do meet all the criteria for comfort and status while constituting a positive action towards a cleaner environment and a reduction in our dependence on fossil fuels. The fact that a ‘passive’ home can appear as rustic or as modern as the owner cares to make it is just another bonus.